TMS honors franchisees of the year 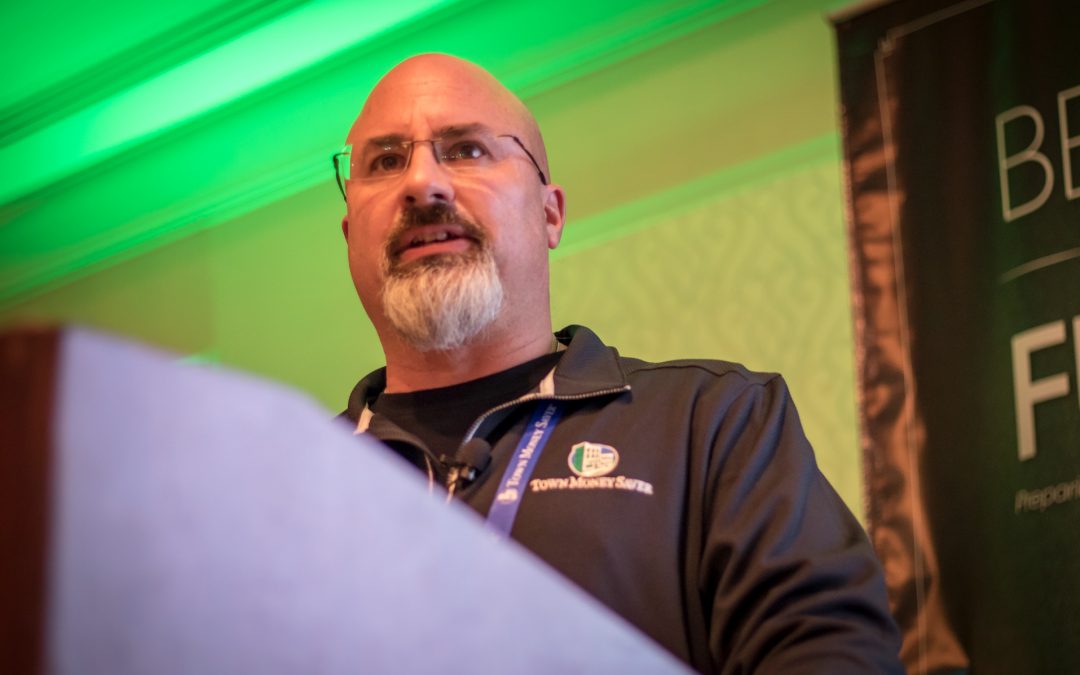 “It’s gratifying to see all of my hard work be acknowledged,” Carter said. “And the recognition is very much appreciated.” 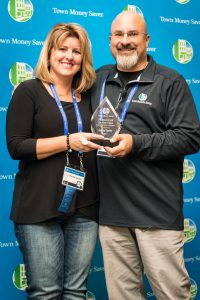 Stacey Carter poses with TMS President Bill Zirzow after being named TMS Franchisee of the Year.

To be named a franchisee of the year, the winner should exemplify the “ideal representation” of the company, according to TMS’s guidelines.

Carter operates in eight communities throughout Northwest Ohio and Michigan.

“Stacey has a real passion for the community,” Town Money Saver President Bill Zirzow said. “She pushed to make sure the Toledo area was covered the way it should be and has also been instrumental in mentoring other franchisees within the company.”

In addition to be named Franchisee of the Year, Carter also earned a regional award for Most Improved Market in Northwest Toledo.

“Work hard and be focused,” Carter said about being successful in advertising. “Always appreciate your customers and do your best to provide them with good products.

“Don’t just take the order – make sure the offers are strong and the timing is right for the type of business you’re working with.”

Ulery was recognized as Regional Franchisee of the Year for Central & Southern Ohio and Kentucky. He operates in 10 communities in the Columbus area and in Mansfield. 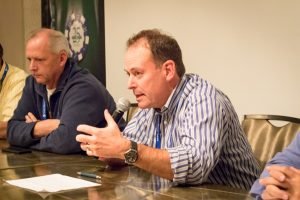 “It’s an honor to be named a franchisee of the year, especially since TMS is a 25-year-old organization with lots of great people,” he said.

Ulery also earned TMS’s Leadership Award, which is given to a franchisee who displays knowledge of the business, initiative, decision-making skills, flexibility, creativity, motivation, and confidence.

“He consistently turns obstacles into opportunities,” Zirzow said. “He’s taken several risks to ensure a better customer experience, and we’ve adopted several of those efforts as a company.”

In speaking about being a successful franchise, Ulery said it only takes “a little more effort, focus, and a few ideas to stay ahead of the competition.”

“Keeping focused on what our clients want and need and helping them to grow their business is really what all this represents.”

For Goehler, the award allows him to gauge his performance compared to his peers.

“It’s always nice to be recognized for all your hard work,” he said. 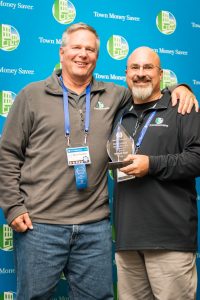 This is the third time Goehler, who operates in 10 communities in the Northeast Ohio region, has won the regional honor. He was named Company-Wide Franchisee of the Year in 2015.

During the meeting, Goehler also was recognized for having been with TMS since its inception in 1992.

“First off, Town Money Saver was really Mark’s idea, which was born because of his passion at his previous job,” Zirzow said. “And at the riskiest moment, he chose to come on board.

“His obsession with persistence and setting as well as achieving goals is unmatched.”

Being part of the foundation of Town Money Saver, Goehler offered advice to young entrepreneurs.

“We don’t remember the days, we remember moments,” Goehler said. “Create them – don’t wait for them.”

Other award winners included Dustin Montgomery, who won the Blane Drake Award for demonstrating selflessness both professionally and personally; and Alan Appel, who was recognized as Rookie of the Year.

For more information about franchising with Town Money Saver, visit tmsfranchising.com or call 800-481-8696.